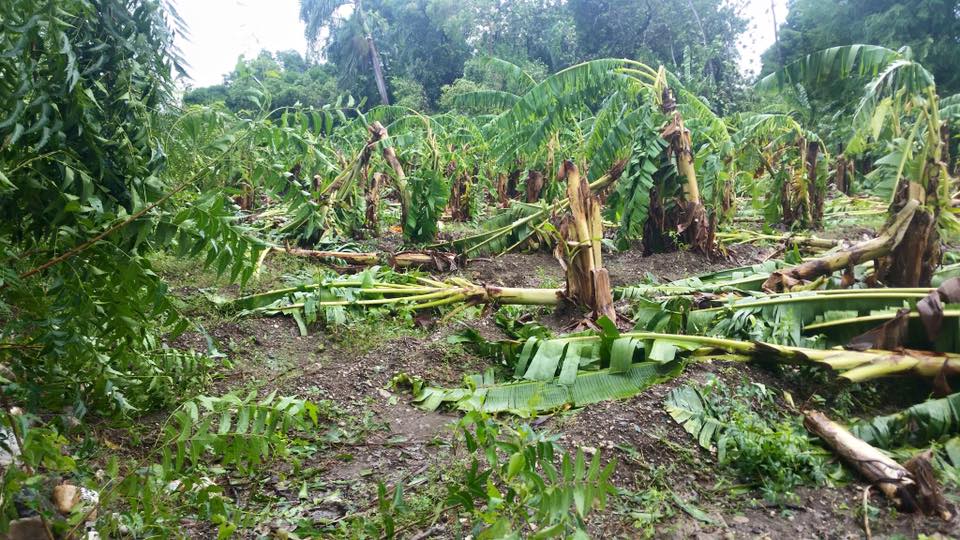 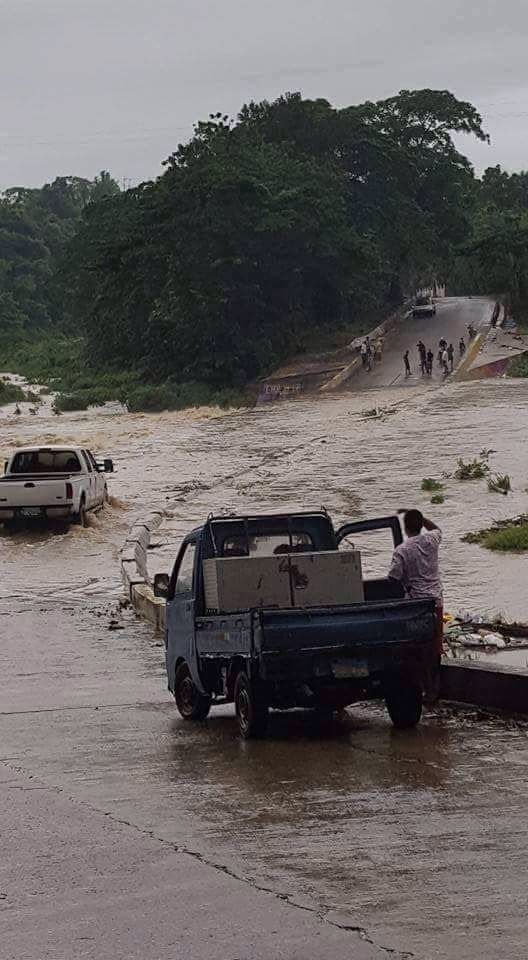 A key bridge swept away by the mudslides and floods.

You’ve probably seen the devastation that hurricane Matthew has wreaked in Haiti. I’ve been in communication with Lex and Renee and have been updated as to the condition of Grande Goave specifically.

The greatest need at the moment is for food. Most crops in the community were destroyed by the 100 mph winds and many animals were killed by floods and mudslides. Many people have been displaced because their homes have been destroyed or damaged by winds, water, and mud. Some of the poorest areas of Grand Goave have suffered the most.

I have not made a plea for funds in some time but things are desperate right now. Again, food is the greatest need so I’m asking you to consider making a donation to that end. You can help by donating $40 (or whatever you can) to support a local family. Providing a typical meal of rice and beans for a family of five for one week requires a small sack rice, a big bag of beans, and a gallon of oil… about $40 USD. These will be procured in quantity and distributed to the families of Grand Goave.

As always, ALL of your money goes to our missionaries on the ground in Haiti… every penny.

Please do what you can. 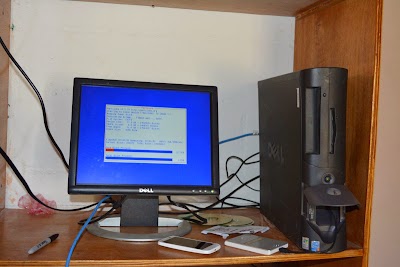 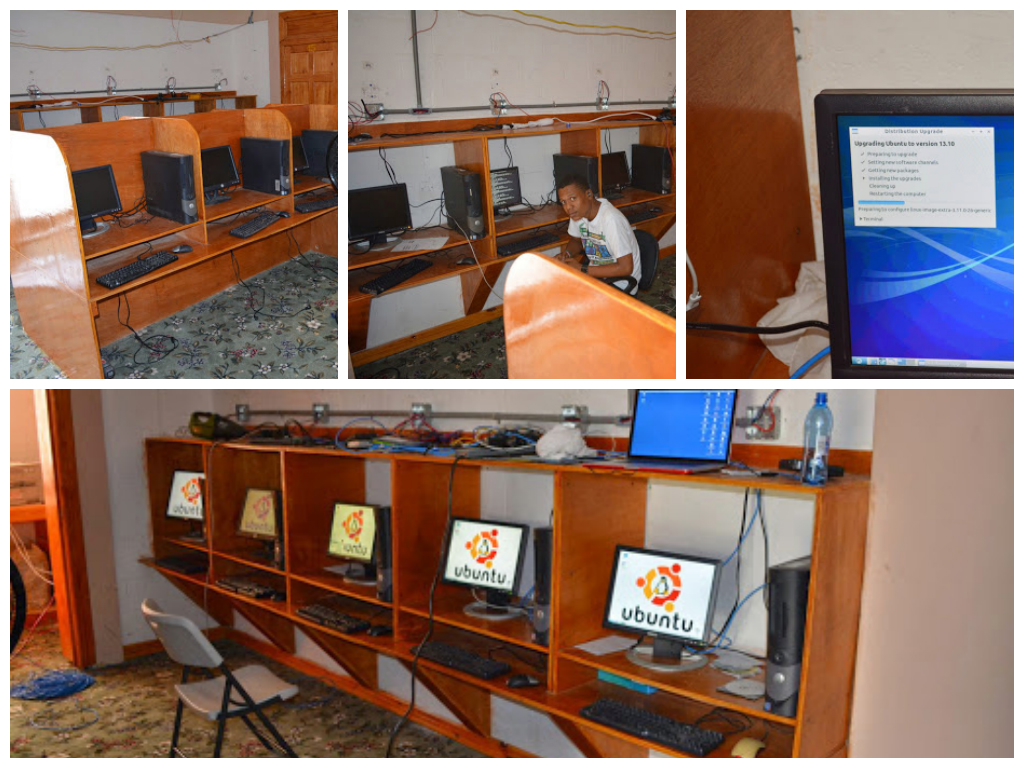 A new ISOM School in the moutains

Yesterday we launched our 3rd ISOM school in the mountains of St. Etienné, led by Pastor Hakim. We had about 20 students in attendance, with more to come. There was a lot of excitement as we watched the first video of the curriculum and each student was very enthusiastic about making this program work. I expect great things from Pastor Hakim and his team.

We set them up with a portable projector donated by ISOM, which works well in low light, but we are praying for funds to provide a speaker system and TV so that they can have daytime classes as well as evening. 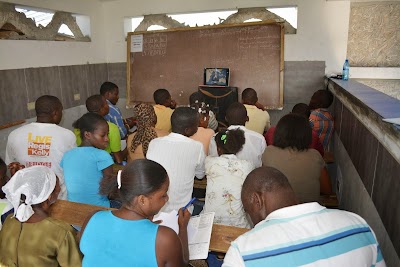 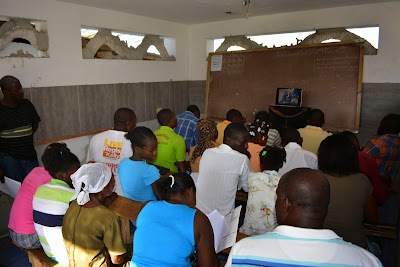 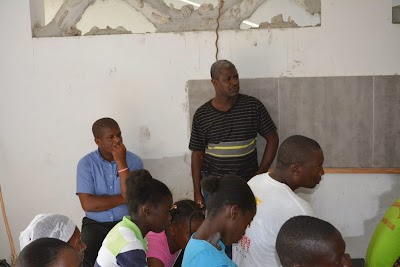 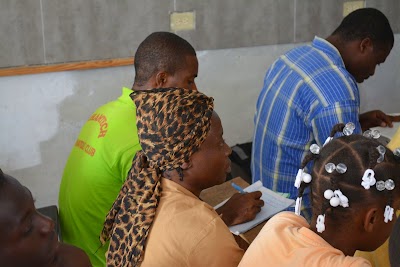 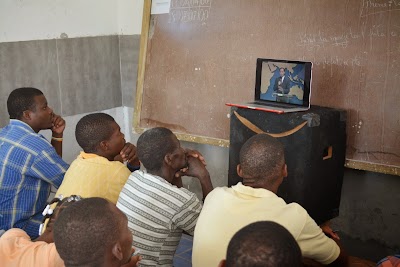 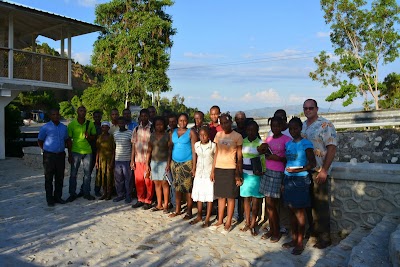 I’m really excited about the well water project at the mountain church/school of St. Etienné. It all began with a group from Grace Fellowship Church in Nashua New Hampshire which visited us at Mission of Hope in Grand Goâve, Haiti, last April. God moved on Pastor Paul’s heart to donate the money to drill a well there at the school. The well was drilled and an abundance of water was accessed, which in itself was a work of God because water is not often found in the high altitudes of the rocky mountains.

Today, as a result of the fundraising efforts of Bonhoeffer’ Best Javafest, a ministry that sells coffee at the annual Christian festival, the Soulfest in Gilford, New Hampshire, I was able to provide substantial funds for the construction of a water tower so that the distribution of water can begin in the very near future. Soon, the children of St. Etienné, and the surrounding community, will enjoy clean, easily accessible water.

Here’s a short video of the kids showing their gratitude. Of course, I staged the video, but they definitely are excited about having access to clean water. Currently, many of them have to carry large buckets of water up the mountain. What a relief it will be to have water right at their school!

I arrived in Grand Goâve, Haiti, today at about 5:30 PM. I’m really happy to be back in Haiti, there’s something about this country that just sticks to your heart and I’ve been missing being here. It’s been a long day of travel beginning at 3 AM, but it was a smooth process which I’m very grateful for. I’m ready for my cold shower (there is no hot water here) and bed.

I arrived at the mission compound to find that our old room had been prepared for me. This is where we lived for about a year. 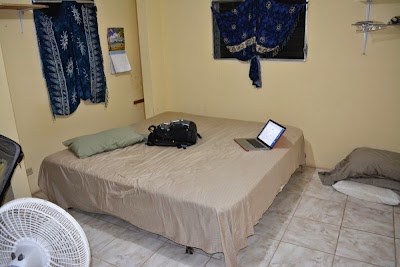 Tomorrow morning I’ll begin my primary project for the week which is to install 20 computers in the new computer lab. This is located in the new school/church building in Thozin, about 2 miles from where the missionaries stay. The “pods” are ready to receive the computers and I’ve brought wireless adapters for each of them which will allow me to network them together so the kids can work on corporate projects. 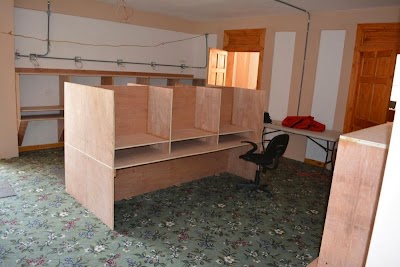 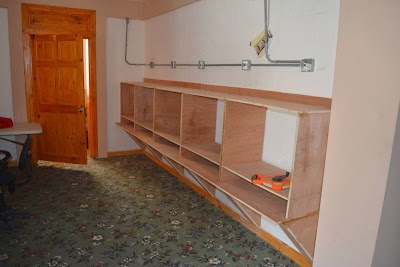 I also hope to catch up with our ISOM Schools. We currently have three schools running, well… actually two, I’ll be launching one next week at St. Ettiénne where Pastor Hakim’s church is located in the mountains. A pastor from the island of Lagonavé, where Pastor Lex grew up as a child, is also considering starting a school, so that may bring the total to four. This is a photo of Pastor Édon and Pastor Jethro who are both running schools currently. 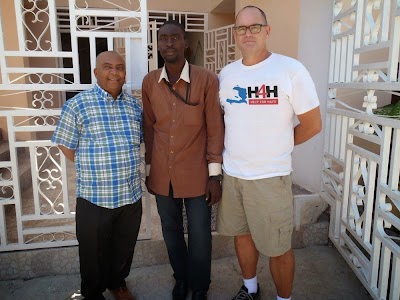 I’m looking forward to a productive week. Please be praying that I am able to accomplish all that God has laid before me, for his protection, for his wisdom and for His joy in my efforts.

As always, your prayerful and financial support is imperative to making our work here successful. Thank you for empowering us to fight against poverty and champion the cause of the gospel here in Haiti.

Computer lab work is under construction now that the carpet has been laid. We should have “pods” for 20 donated Dell Optiplex GX280 computers in the next next couple of weeks or so. 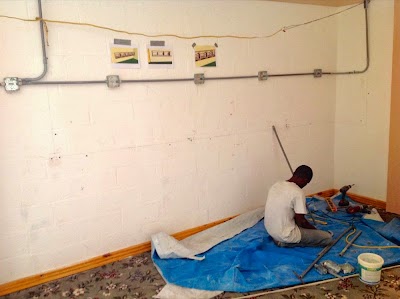 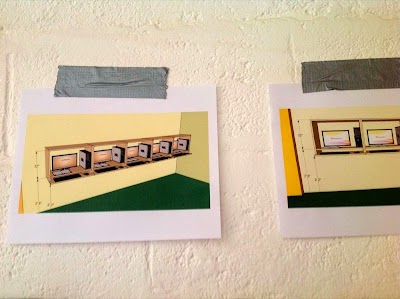 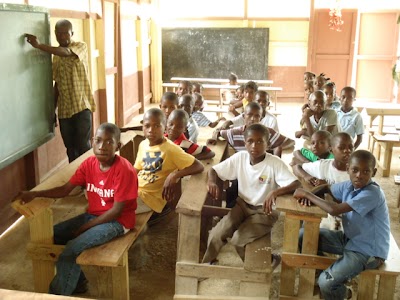 ISOM on the Move